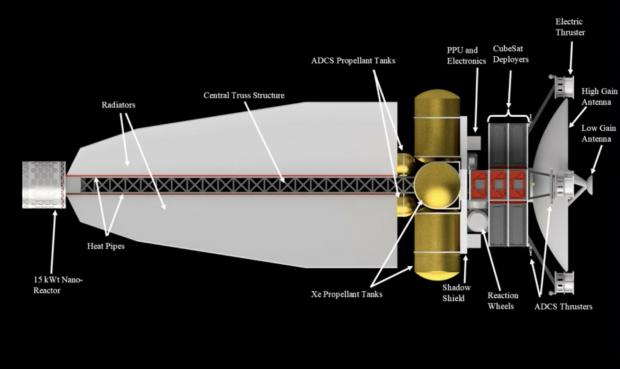 This will subsequently require a reduction in operating temperatures and reduce the total power levels achievable by the core. However, the reduced mass will require reduced power for propulsion, resulting in a small, inexpensive nuclear electric spacecraft.

They want to use it to bring ten CubeSats to Europa.

They think they can get the thermoelectric generators to about 25% efficiency.

If the advanced thermoelectric generators work then there would be a lot of earth-based applications.