> China's Mars probe Tianwen-1 snaps 'selfies' on its way to the Red Planet after releasin - pirateswithoutborders.com

Social Mediacracks down this week and it may backfire

Ramjet Artillery and Missiles Will Have Five Times the Range 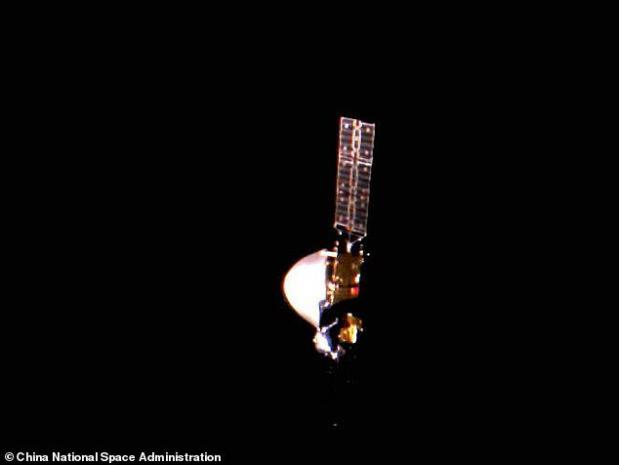 China has released the first set of 'selfies' taken by Tianwen-1, the Chinese spacecraft currently travelling towards the Red Planet as part of the country's first Mars exploration.

Images show the probe, consisting of a golden orbiter and a silver lander, dazzling in the darkness of the universe more than two months after leaving Earth.

The photos were captured by a 680-gram camera installed on the outer wall of Tianwen-1 after the probe released the tiny device into space.

Tianwen-1, named after a 2,000-year-old Chinese poem that ponders on stars and planets, consists of an orbiter, a lander and a rover and weighs 530 pounds (240kg).

It was blasted into space aboard a Long March-5 on July 23, marking China's first Mars mission as the country seeks to race Russia and the US to become a major space power.

The unmanned space probe is due to arrive on the Red Planet next February after a seven-month, 34-million-mile voyage.

As of Wednesday, it is more than 24million kilometres (15million miles) from Earth en route to the red planet, the National Space Administration said in a post.

The images released by the Chinese authorities on Thursday were the first set of 'selfies' taken by the unmanned space probe.

After receiving commands from Earth, the on-board camera was released by Tianwen-1 into space and took one picture every second with its two wide-angle lenses installed on each side of the device.

The images were then sent back to Tianwen-1 via Wi-Fi and then dispatched to Earth.