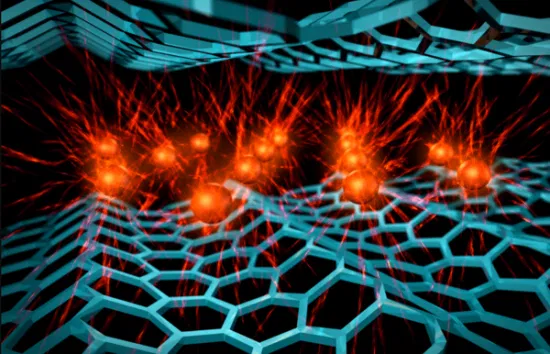 Described in a paper published in the journal Physical Review E, the findings prove a theory the physicists developed at the U of A three yeas ago. This theory stated that freestanding graphene – a single layer of carbon atoms – ripples and buckles in a way that holds promise for energy harvesting.

"An energy-harvesting circuit based on graphene could be incorporated into a chip to provide clean, limitless, low-voltage power for small devices or sensors," said lead researcher Paul Thibado.

The research conducted by the U of A scientists has been rather controversial. The idea that freestanding graphene has potential energy-harvesting capabilities refutes a well-known assertation by physicist Richard Feynman that the thermal motion of atoms, known as Brownian motion, cannot do work.

However, the U of A researchers found that at room temperature, the thermal motion of graphene does induce an alternating current in a circuit – something previously thought impossible. In addition, the researchers found that their design increased the amount of power delivered. They stated that they found that the diodes' switch-like behavior actually amplified the power being delivered instead of reducing it.  (Related: Energy from an unlikely source: A combination of microbes and graphene could make inexpensive and eco-friendly energy.)

"We also found that the on-off, switch-like behavior of the diodes actually amplifies the power delivered, rather than reducing it, as previously thought," said Thibado. "The rate of change in resistance provided by the diodes adds an extra factor to the power."

To prove that the diodes increased the circuit's power, the scientists on the project used a relatively new field of physics called stochastic thermodynamics. This field uses a family of stochastic or random variables to better understand the non-equilibrium dynamics present in many microscopic systems.