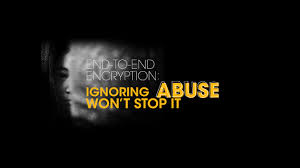 Facebook was responsible for a remarkable 94 percent of the 69 million images of child sex abuse that were reported by American tech firms last year. With the company planning to fully encrypt communications within its Messenger and Instagram Direct services, concerns are growing that it will become easier for people who abuse children to avoid detection. Facebooks' WhatsApp service is already fully encrypted.

The social media platform has said that these changes are aimed at improving user privacy, which is certainly a big concern for many people. However, law enforcement agencies are warning that the move will make it far more difficult for them to go after pedophiles and protect children online.

Last year, technology firms in the U.S. made 16.9 million referrals to the National Center for Missing and Exploited Children (NCMEC), including 69 million images depicting children being abused in a 50 percent rise over the previous year, and most of them came from Facebook. Now, the UK's National Crime Agency is warning that number could fall to zero once end-to-end encryption is in place across all Facebook properties.