> Valeo combines an ebike motor and an automatic gearbox in one unit - pirateswithoutborders.com 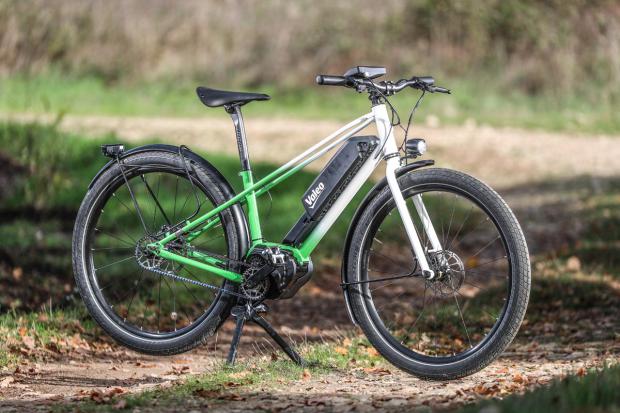 Officially called the Valeo Smart e-Bike System, the bottom bracket-located setup features one of the company's 48-volt electric motors, along with a 7-speed adaptive gearbox made by project partner Effigear. Electrical power is provided by a down-tube-mounted battery pack.

The motor produces up to 130 Nm (96 ft lb) of torque – according to Valeo, this multiplies the rider's pedalling effort by a factor of eight, whereas other systems top out at five. Additionally, even though the 48V motor is beefier than the more commonly seen 24V or 36V ebike motors, it's claimed to be more efficient.

And because no derailleurs are required, a smooth-running belt drive is used instead of a greasy chain.

As is the case with other ebike systems, integrated sensors continuously monitor the cyclist's pedalling cadence/torque. Based on that information, the Valeo setup triggers the motor to kick in accordingly, and it prompts the gearbox to shift gears as required. There's also a manually activated boost function for providing an extra shot of motor power when needed (such as when passing other vehicles), along with a pedestrian push-assist mode to help in the pushing of heavily laden bikes.

There's even a reverse gear, along with an anti-theft function that locks up the drivetrain when the bike is left on its own.