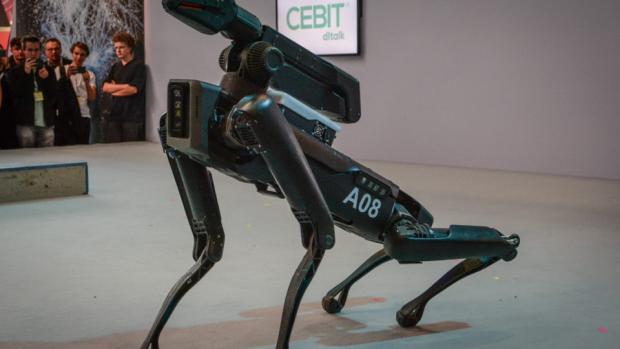 But there's got to be a better way. Imagine, if you will, a soccer team. Midfielders, strikers, and a goalkeeper all do generally soccer-esque things like running and kicking, but each position has its own specialized skills that make it unique. The goalkeeper, for instance, is the only person on the field who can grab the ball with their hands without getting yelled at.

In traditional methods of training robots, you'd have to meticulously code all of those specialized behaviors. For instance, how should the actuators—motors that move a robot's limbs—coordinate to make the machine run like a midfielder? "The reality is that if you want to send a robot into the wild to do a wide range of different tasks and missions, you need different skills, right?" says University of Edinburgh roboticist Zhibin Li, corresponding author on a recent paper in the journal Science Robotics describing the system.