> Virgin Galactic prepares for another attempt to reach space - pirateswithoutborders.com

Virgin Galactic prepares for another attempt to reach space 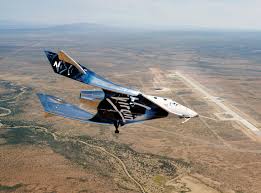 The company says it has investigated the reasons it came up short in its last outing, as it pursues its vision of one day carrying private passengers into space.

Last year, Virgin Galactic moved its operations to a new home in New Mexico, dubbed Spaceport America, and has been building up its testing program, carrying out unpowered glide tests and a range of in-flight maneuvers.

The end game here is to have the VMS Eve dual-fuselage mothership carry the smaller SpaceShipTwo eight-seat spaceplane to high altitude, where it is released and fires up its own rockets, propelling itself into space.