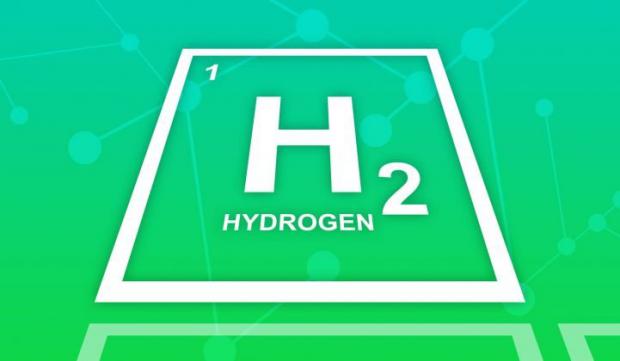 Typically, of course, hydrogen fuel cell vehicles carry their H2 fuel in gaseous form, stored in tanks at pressures around 700 bar (10,150 psi). These tanks are fairly large and heavy, which counteracts one of hydrogen's key advantages over today's lithium batteries – its higher energy density. The high pressures involved also make hydrogen an impractical option for powered two-wheelers like motorcycles and scooters.

But a team based at the Fraunhofer Institute for Manufacturing Technology and Advanced Materials IFAM in Dresden have come up with an interesting new way to store and carry hydrogen energy, in the form of a magnesium hydride-based "Powerpaste" that stores the hydrogen in a chemical form, at atmospheric pressure, ready for release when needed.

To produce the paste, magnesium is combined with hydrogen at around 350 °C (662 °F) and five to six times atmospheric pressure to form magnesium hydride. An ester and a metal salt are added to complete the process and form a viscous gray goop that can be loaded into cartridges.

In Powerpaste form, it's completely stable at temperatures up to 250 °C (482 °F). It carries 10 times the energy of a similar weight in lithium batteries, and substantially more than a 700-bar H2 tank of the same weight. The researchers say vehicles running on a Powerpaste powertrain can expect a range "comparable to – or even greater than – gasoline."

When it comes time to release the energy, a plunger mechanism extrudes the paste into a chamber where it reacts with water to release hydrogen at a dynamically controlled rate, which then feeds a fuel cell to create electrical power with which to run an EV powertrain or other device. Part of the paste's impressive energy density comes from the fact that half of the hydrogen released comes from the water it reacts with.