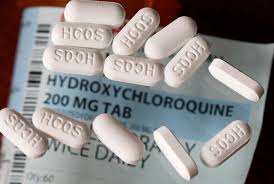 Almost immediately, government health agencies and mainstream media started attacking the treatment, going so far as to ban the prescription and use of HCQ for COVID-19 in some areas. Over time, it became painfully clear that a concerted and coordinated effort to prevent its use was afoot.

One of the most obvious reasons for why certain individuals and companies might want to prevent the use of an inexpensive generic drug is because it might eliminate the need for a vaccine or other antiviral medication under development.1 Hundreds of millions of dollars have been invested, and drug companies were, and still are, counting on a massive payday. As noted by Dr. Meryl Nass in a June 27, 2020, blog post:2