> Mexico bans GM corn, plans to phase out imports and the use of Monsanto's glyphosate - pirateswithoutborders.com 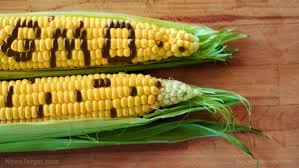 In accordance with the decree, authorities will "revoke and refrain from granting permits" for GM corn, which includes imports. The decree also seeks to phase out glyphosate, the active ingredient in Monsanto's Roundup weedkiller. GM crops are typically made such that they can tolerate being sprayed with glyphosate.

Lopez Obrador said the bans will benefit the environment. However, proponents of GM corn said banning the domestic cultivation of GM corn would limit options for Mexican farmers. Moreover, banning the importation of GM corn from the U.S. could also threaten the nation's food chain.