> Meet The $4,460 EV Some Are Saying Could Dethrone Tesla In China - pirateswithoutborders.com

Meet The $4,460 EV Some Are Saying Could Dethrone Tesla In China 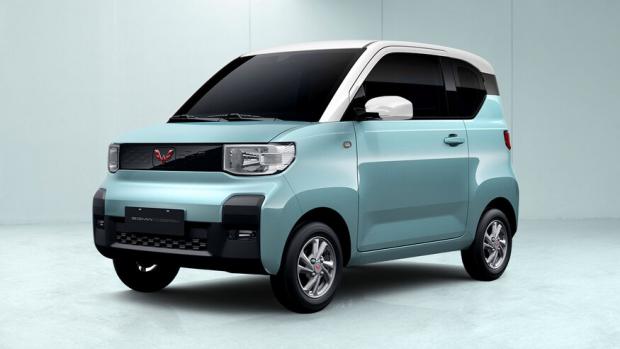 At least that was the take from Nikkei, who profiled the Wuling Hong Guang Mini EV and called it a car that was "quickly" winning over drivers in China. The car is marketed as a utilitarian "commuting tool". It measures less than 3 meters long and 1.5 meters wide, yet it can still hold four people (and it's still probably more comfortable than the third row in a Model Y).

While it can't meet Tesla's range or performance, it is convenient and is priced well, making it one of China's best selling new EVs. It has been a win for SAIC Motor, which holds a majority stake in SAIC-GM-Wuling.

The car is called "the people's commuting tool," and can go 120 km on a full charge, at up to 100 kph. It can be charged from a standard outlet. "Consumers give high marks to its low cost and its design," auto analyst Alan Kang said. "It's sold especially well in Henan and Shandong provinces."

The EV can be operated without a license, but cannot be driven on highways. But that has just increased its embrace in third tier cities, where more than 60% of its sales take place.

Wuling also says it plans on selling its Hong Guang Mini outside of China eventually. It has already "partnered with a Latvian automaker to sell a version of the car in Europe," according to Nikkei.

"There was a lot of support from consumers whose incomes fell due to the coronavirus," one dealer said. "Purchases from the middle class have grown due to the pent-up urge to spend from being unable to go on vacation overseas," an industry source said.