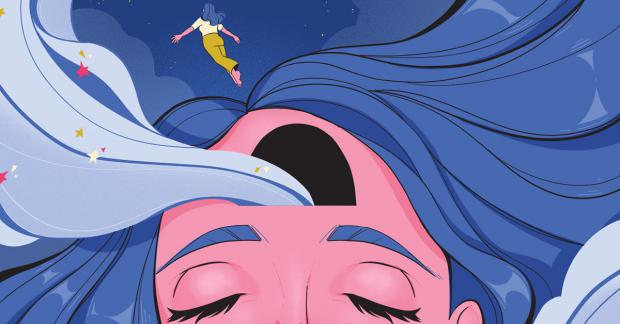 This is a big deal for scientists trying to work out what the heck is going on as we sleep, because typically they've had to rely on the fragmented, fading scraps of memory people have once they've woken up. "Our experimental goal is akin to finding a way to talk with an astronaut who is on another world," reads the introduction of a combined study between four separate groups in France, Germany, the Netherlands and the USA.

Each group set out to test its own techniques on how to "interview" people without waking them up, using the bizarre phenomenon of lucid dreaming as a doorway into the dream world. During regular dreams, we typically have no idea that we're dreaming, simply accepting the strange situations we're placed in without critical judgement. Lucid dreaming, a "notoriously rare phenomenon," is a state where the sleeper is aware that they're dreaming, and sometimes capable of steering their experience.

The researchers took one group of experienced lucid dreamers, another of regular folk that they had trained in the art of lucid dreaming, and one patient with narcolepsy who frequently drifted in and out of lucid dream states – and found they were able to have two-way exchanges with members of all three groups.

In all the tests, the scientists verified that each subject was in a state of REM sleep, using "standard polysomnographic methods." Facial and eye movements were chosen as the means by which the dreamers could "talk back" to the researchers from the dream world, and the subjects were trained in specific ways of communicating. Some, for example, were trained to move their eyes left to right three times (LRLRLR) in response to an audio cue if they wanted to communicate that they were in the lucid dream state. None were trained with the specific questions they'd be asked when they were asleep.

From there, the USA team from Northwestern University started getting the dreamers to answer maths questions asked verbally by the researchers, with an appropriate number of left-right eye movements scanning all the way left to right, which made the correct answers stand out clearly from the regular levels of eye movement in REM sleep.