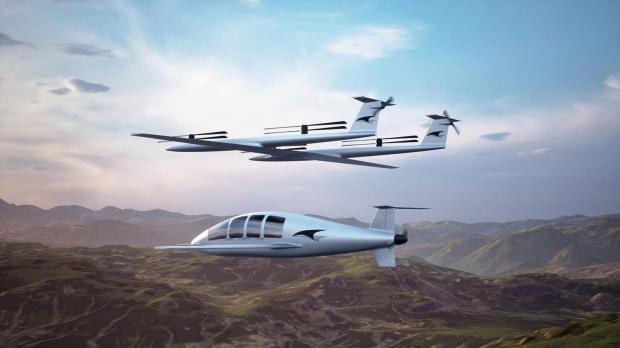 The world-changing convenience of vertical lift systems comes with a high price tag: they weigh a heap, particularly because VTOL sucks up so much energy that you need a huge battery.

And they're a pain once you're flying horizontally, too; vertical propeller arrangements add drag to your airframe design, reducing point-to-point range and limiting your top speed. Joby Aviation solves this problem by tilting all its rotors forward – but if you were designing a plane just for the horizontal phase of flight, you'd only use one prop for optimal efficiency. Others fold their props up, or duct them into the wings and cover them over, but Talyn Air offers a different solution altogether that flat-out ditches them when they're not needed.

Founded by a pair of ex-SpaceX Falcon 9 engineers, one of whom also worked on prototype airplanes for Scaled Composites, Talyn proposes a radically new approach to the eVTOL problem: a simple, high-speed, long-range electric plane that gains eVTOL capabilities thanks to a detachable vertical lift platform.

The idea is simple enough: a VTOL system that's only there when you need it. Talyn's Lift vehicle, with its eight large rotors mounted in four coaxial pairs, attaches to the top of the Cruise vehicle for takeoff. With its own battery reserve, it lifts the Cruise vehicle up and gets it up to a speed where the Cruise vehicle's wing and pusher prop can take over, whereupon the two aircraft separate and the Lift vehicle flies back to base.

There, it's free to recharge the large amount of energy it's just spent while the Cruise vehicle flies on, carrying five passengers over 300 miles at 200 mph (322 km/h). For reference, that's the same top speed Joby is promising, but with double the range. At the other end, you can either land the Cruise vehicle like the fixed-wing plane it is or, if you're headed to another Talyn vertiport, you can rendezvous with another VTOL Lift vehicle to take you down on a landing pad.