> That radio DJ you hear might already be a robot - pirateswithoutborders.com

That radio DJ you hear might already be a robot 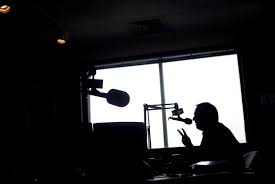 "I may be a robot, but I still love to rock," says the robot DJ named ANDY, derived from Artificial Neural Disk-JockeY, in Chanley's voice, during a demonstration for Reuters where the voice was hard to distinguish from a human DJ.

Our phones, speakers and rice cookers have been talking to us for years, but their voices have been robotic. Seattle-based AI startup WellSaid Labs says it has finessed the technology to create over 50 real human voice avatars like ANDY so far, where the producer just needs to type in text to create the narration.

Zack Zalon, CEO of Los Angeles-based AI startup Super Hi-Fi, said ANDY will be integrated into its AI platform that automates music production. So instead of a music playlist, ANDY can DJ the experience, introducing the songs and talking about them.