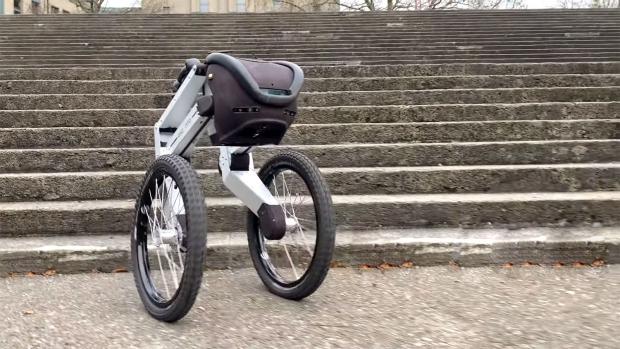 An incredible two-wheeled and fully autonomous robot is capable of climbing up flights of stairs and can drive along at speeds of up to 7.5 miles per hour.

The cute robot — which looks like the wheeled baby of an AT-ST Walker from Star Wars — could find applications in inspection, surveillance and 'last mile' delivery.

It is unclear how much the robot might retail for commercially — and when — with MailOnline having reached out to Ascento Robotics to enquire.

'Ascento Robotics is developing a modular, self-balancing mobile robot that combines both the versatility of legs and the speed of wheels,' the developers explained on their website.