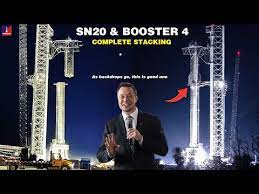 SpaceX founder Elon Musk has released new photos and a video showing a giant mechanized-arm turret called Mechazilla that will be used to 'catch' a Super Heavy booster as well as a Starship spacecraft upon landing.

Elon Musk commented on what is happening in the photo and video: "The "arms" of the Mechazilla tower lift the Starship spacecraft onto the Super Heavy launch vehicle." Earlier, Elon Musk said that in the future, the process of returning the Super Heavy launch vehicle and the Starship spacecraft to Earth will take place exclusively with the help of Mechazilla. Mechazilla is designed to increase the security of the fit, while the design is very complex and expensive. I wonder if SpaceX will be able to confirm the reliability of Mechazilla the first time. Recall that SpaceX managed to successfully land the prototype of the Starship SN 15 spacecraft only on its fifth launch.