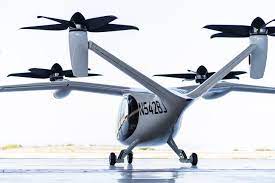 Joby voluntarily paused test flights with its second pre-production prototype after the first was presumably destroyed in an unmanned crash, but its internal safety review board has given the green light to resume testing. Data from flight trackers suggests the incident happened at the outer edges of the aircraft's flight envelope, but the company is releasing no further information until FAA and NTSB investigations are complete.The second aircraft, meanwhile, has made 38 flights in total, at speeds up to 90 mph. "We're excited to be back in the air with our second pre-production prototype aircraft, building on the tremendous flight test achievements our team has made to date," said Didier Papadopoulos, Head of Programs and Systems at Joby. "Last year alone, we flew more than 5,300 miles, generating 65 terabytes of flight test data and demonstrating an endurance of 154.6 miles on a single charge."