> Scientists Have Developed New Material That is as Flexible as Elastic But Tough as Steel - pirateswithoutborders.com 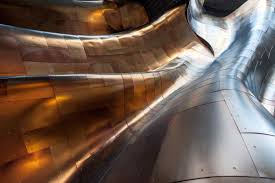 A new high-tech fiber that combines the elasticity of rubber with the strength of a metal has been developed by US scientists.

The tougher unbreakable material mimics the human skin but also conducts electricity and heals itself after use, important factors for stretchable electronics and soft robotics.

It could also be used for packaging materials or next-generation textiles.

"A good way of explaining the material is to think of rubber bands and metal wires," said Professor Michael Dickey at North Carolina State University.

"Tough materials found in nature maintain the structural integrity of many biological tissues against external loads. Collagen, for example, toughens skin in a network comprising bundled fibers that quickly and effectively dissipate energy and prevent cuts from spreading. Human muscle is strengthened by the biomolecule titin, which unfolds reversibly to absorb tensile loads.

"These types of tissues not only need to be stretchable to accommodate tensile deformation but should also be tough to avoid mechanical failure.

"The ability to mimic these properties is important for both practical functions (for example packaging and protective equipment) and emerging applications that undergo elongation (for example stretchable electronics, soft robotics, and electronic skin)."

The new fiber has a gallium metal core surrounded by an elastic polymer sheath, which is far tougher than either the metal wire or the polymer sheath on its own.