> Tesla's Maxwell Dry Battery and a Five Year Lead on the World - pirateswithoutborders.com 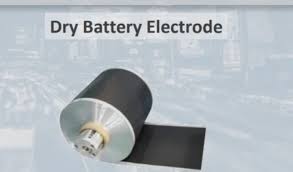 Maxwell has a path with 15-25% improvement every 2-3 years. This should lead to 500 Wh/kg by 2027. This would give Tesla a 5 year battery lead on the rest of the world. Tesla could get a three year pure technology lead and a two year lead by more rapidly scaling production at its gigafactories. Tesla could reach $50 per kilowatt-hour with 500 Wh/kg. This would mean half the weight in batteries while producing the save level of energy as the best 250 Wh/kg batteries of today. This would mean $4000 instead of $12000 in batteries for an 80 kWh battery pack. This would enable far better electric trucks. Electric semi-trucks need to use up nearly half of their cargo capacity on heavy batteries. Energy dense batteries will make longer range electric trucks with competitive cargo capacity. The batteries could also enable electric planes to be competitive flying 100-200 passengers from Los Angeles to San Francisco. The batteries will make new disruptive products feasible. Japan and China's government battery programs have each targeted 500Wh/kg. The US DOE has a similar battery program called Battery500. There are various programs mostly focused around solid state batteries and lithium sulfur batteries. Both have had some commercialization with gadgets or applicances but not cars. They are targeting the same kind of performance as Tesla's Dry battery technology. However, it currently appears that Tesla could have an advantage getting the new technology into cars and using them to lower costs and boost performance.