> Magic mushrooms for better health? Psychedelic drugs are having a moment across US - pirateswithoutborders.com

Magic mushrooms for better health? Psychedelic drugs are having a moment across US 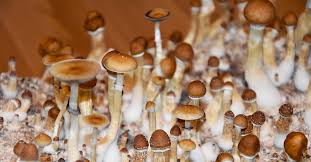 As he got older, he tried working out, and got fit but still felt lousy. He also tried business, co-founding publishing house Scribe Media, but his mind still struggled.

It wasn't until he turned to MDMA and psilocybin – "magic mushrooms" – that he finally found something he believes altered his brain chemistry for the better. After taking a large dose of mushrooms at a spiritual retreat in South America, Max had what he describes as a life-changing mental journey akin to a near-death experience. Like many other mushroom users, Max, 43, claims the substance opened his mind to a new way of seeing the world, allowing him to make permanent changes to his brain.