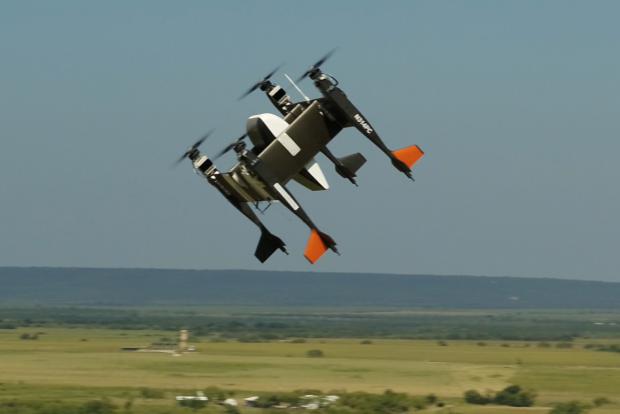 Bell Textron's Autonomous Pod Transport (APT) 70 cargo drone is being designed for everything from package delivery to medical transport missions to disaster relief. And the company has partnered with Japan's Yamato to integrate package handling systems into the drone for on-demand logistics.

The APT 70 is part of Bell's eVTOL family, which means it takes off like a helicopter and then transforms to winged flight once airborne, and is powered by an electric propulsion system. It's been designed to be three times faster than ground vehicles and is capable of more than 100 mph (160 km/h).

Estimated specs show that the drone is also capable of one way flights carrying a payload of 70 lb (31.7 kg) for a range of 35 miles (56 km), or up to 65 miles with no payload but with an extra battery aboard. It supports fast charging and quick battery swap too, to keep it in the air as much as possible.