> The Pentagon Wants More Control Over the News. What Could Go Wrong? - pirateswithoutborders.com

The Pentagon Wants More Control Over the News. What Could Go Wrong? 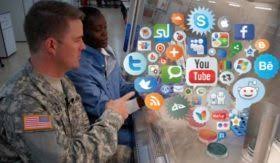 If there's a worse idea than the Pentagon becoming Editor-in-Chief of America, I can't remember it. But we're getting there:

From Bloomberg over Labor Day weekend:

Fake news and social media posts are such a threat to U.S. security that the Defense Department is launching a project to repel "large-scale, automated disinformation attacks," as the top Republican in Congress blocks efforts to protect the integrity of elections.

One of the Pentagon's most secretive agencies, the Defense Advanced Research Projects Agency (DARPA), is developing "custom software that can unearth fakes hidden among more than 500,000 stories, photos, video and audio clips."