New blood test could detect more than 20 types of cancer 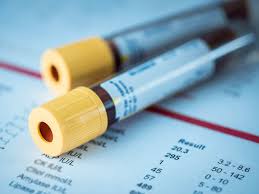 Experts said the breakthrough - which spots changes in the genes, as disease develops - could be used to improve screening for cancer, allowing treatment much sooner, when it is more likely to succeed.

Crucially, 99.4 per cent cases identified as cancer were correctly spotted - meaning just 0.6 per cent of cases were misdiagnoses of healthy patients.

The test was able to detect one third of patients with stage one disease, and three quarters of those with stage two disease.

Ministers have pledged to speed diagnosis, so that by 2028 three quarters of cancer patients are diagnosed at these two stages. Currently just half of patients can expect to receive a diagnosis before they reach stage three or four.

The advances, by US scientists, look for abnormal patterns of methylation in the DNA, which can indicate different types of cancer.