Robots humble US Army in wargames 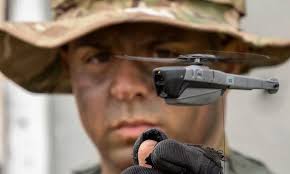 How big a difference does it make when you reinforce foot troops with drones and ground robots? You get about a 10–fold increase in combat power, according to a recent Army wargame.

"Their capabilities were awesome," said Army Capt. Philip Belanger, a Ranger Regiment and Stryker Brigade veteran who commanded a robot-reinforced platoon in nearly a dozen computer-simulated battles at the Fort Benning's Maneuver Battle Lab. "We reduced the risk to US forces to zero, basically, and still were able to accomplish the mission."

According to a special report from Sydney J. Freedberg Jr. in Breaking Defense, that mission involved dislodging a defending company of infantry, about 120 soldiers, with a single platoon of just 40 attackers on foot.