> Battery-free biosensor is the smallest one yet - pirateswithoutborders.com

Battery-free biosensor is the smallest one yet 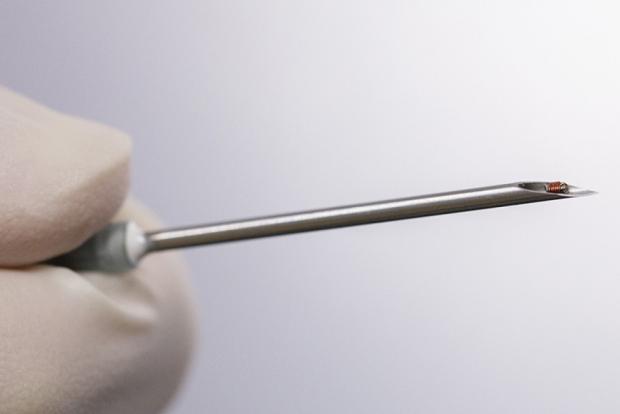 Designed to continuously monitor various bodily processes, externally-powered biosensors are not only smaller than their battery-packing counterparts, but they also don't have to be surgically retrieved for battery-changes.

They typically contain an RFID (radio frequency identification) chip, which transmits data when it's temporarily powered up by the radio signal from an external reader device – that device is in turn held near the implant site on the patient's body. In order to produce a signal that's strong enough to be read, however, the biosensor needs to be relatively large.

Led by Asst. Prof. John Ho, a team at the National University of Singapore recently got around this limitation, by creating a reader that's three times more sensitive than existing devices. As a result, the associated biosensor can be correspondingly smaller.

The current prototype sensor is just 0.9 mm in width, and has been injected under the skin of lab rats utilizing a hypodermic needle. Once implanted, it's able to monitor breathing and heart rates, based on its detection of subtle telltale movements. Once developed further, it is hoped that the technology could do much more.