> Denmark sources record 47% of power from wind in 2019 - pirateswithoutborders.com 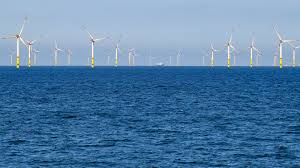 Wind accounted for 47% of Denmark's power usage in 2019, the country's grid operator Energinet said on Thursday citing preliminary data, up from 41% in 2018 and topping the previous record of 43% in 2017.

European countries are global leaders in utilising wind power but Denmark is far in front of nearest rival Ireland, which sourced 28% of its power from wind in 2018 according to data from industry group WindEurope.

Across the European Union, wind accounted for 14% of consumption last year, the group says.

The higher proportion of wind energy in Denmark last year was partly due to Vattenfall starting operations at the Horns Rev 3 offshore wind farm in the North Sea in August.