> Hyundai Unveils Full-Scale VTOL Air Taxi At CES Because Why Not? - pirateswithoutborders.com

Hyundai Unveils Full-Scale VTOL Air Taxi At CES Because Why Not? 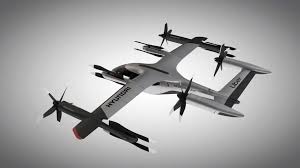 The Consumer Electronics Expo in Las Vegas has long been a bastion of gadgety for everyday folks to embrace and enjoy. In recent years it's also become an occasional venue for automakers to present cool tech for automobiles, but admittedly, we're scratching our heads over this full-blown quad-rotor concept aircraft that Hyundai has for Vegas-bound showgoers.

Actually, we're not really scratching our heads here. Hyundai has an ambitious initiative to step into the world of mobility solutions, which in-part includes this rather large tilt-rotor aircraft. The automaker partnered with Uber to produce this concept – known simply as an Urban Air Taxi – which will ferry people around cities. Hyundai will produce the vehicles, and Uber will handle the red tape associated with minor issues like airspace control and connecting people on the ground to the air taxis. You know, the sort of stuff that requires you to arrive 90 minutes before your scheduled departure time at airports.