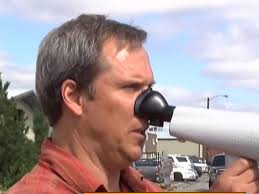 We have seen both women and men sodomized and raped — often times in public — as cops search for this smell. We have seen entire families held hostage, women and children beaten up, rampant sexual assault, and all of it stemming from a plant smell. Now, police are arming themselves with a "smell amplifier" to go after those who'd dare grow or partake in a plant—in a state where recreational marijuana is legal.

In December 2018, the state of Michigan legalized recreational marijuana. According to the city council in the town of Bessemer, however, the most common complaint from residents in the town is the smell of weed. Despite it being legal, cops are now arming themselves with new smell technology to go after those who dare partake in a legal plant in the legal state.