Lincoln Teams With Rivian To Launch Its First Electric Vehicle 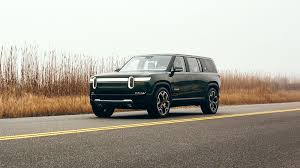 It didn't take long to confirm the rumors, as Lincoln officially announced a partnership with Rivian on its first all-electric vehicle.

Ford's luxury brand intends to use Rivian's skateboard platform. The type of vehicle was not yet disclosed, but we guess that it will be a luxury SUV. Rivian itself is using the platform for the R1S electric three-row SUV, and a pickup truck.

"The Lincoln battery electric vehicle will be built off of Rivian's flexible skateboard platform and is part of Ford Motor Company's planned equity investment in Rivian. This all-new vehicle also is part of Ford's previously announced investment of more than $11.5 billion into electrification, which includes the Mustang Mach-E and a fully electric version of the best-selling F-150 pickup."