> 'World's clearest picture of the moon's craters' is captured by a Californian astrop - pirateswithoutborders.com 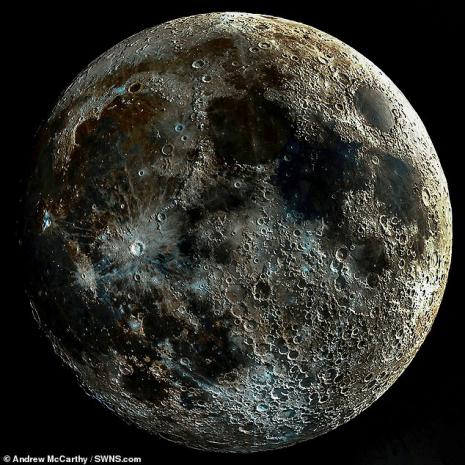 A photographer has taken the world's clearest pictures of the moon's craters by combining multiple shots of the lunar line where light meets dark.

Californian-based astrophotographer Andrew McCarthy stacked thousands of pictures together over lunar phases to show the moon's surface in all its glory.

The lunar enthusiast took two weeks' worth of frames of the waxing moon – as the amount of illuminated surface seen from Earth increases.

Due to a quirk of the light caused by the 'lunar terminator' – the line between light and dark sides of the moon – features such as craters look elongated.