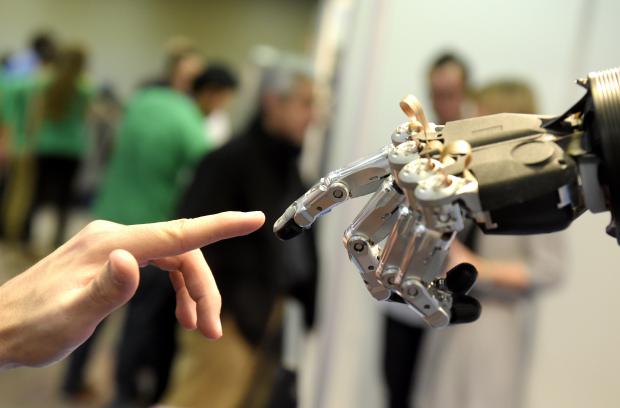 CV-1984 is accelerating the spread of Orwellian surveillance devices like talking drones, facial recognition cameras, and more; but that's not the only technology that is advancing – robots or automated machines are also speeding up their deployment to combat the spread of the coronavirus. This reporter and Activist Post has consistently stated that robots were coming for our jobs; and now as record unemployment numbers strike in the U.S., automated machines are being rolled out as well to replace even more workers.

Bloomberg Law reports JBS SA, the world's largest meat producer, is preparing to install robots in slaughterhouses to mitigate the spread of COVID-19 among human employees working on the production line.

Cavalcanti said the adoption of automation started before the pandemic as labor tightened at US plants due to a decline in immigration sparked by the Trump administration. He said labor shortages have developed in the US as the virus infects workers and shutters plants."