> What is Google Fi, what are the plans, and why should I buy it? - pirateswithoutborders.com

What is Google Fi, what are the plans, and why should I buy it? 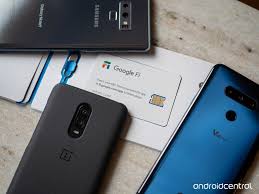 If you're an Android enthusiast, you likely know about Google Fi. But that doesn't mean you necessarily know everything about it. And now that the service has opened up to everyone with an unlocked phone, there's a lot to get caught up on. So we're here to give you the high-level view at the carrier option that comes directly from Google. Namely, just what the heck it is, how it works compared to other carriers and maybe a few reasons why you'd want to try it.

How does Google Fi Work?

Which phones make the most of Fi

What if I need support?

What is Google Fi's network?

At the highest level, Google Fi is a phone carrier operated by Google. In the US, it gives you data service on three mobile networks (T-Mobile, Sprint and U.S. Cellular), which your phone will intelligently switch between — it also uses Wi-Fi to make calls and send texts whenever available.

What are Google Fi's plans?

Google Fi has an unlimited plan and a flexible plan. With the Flexible plan, you start with unlimited talk and text for $20 per month for one line. You only get charged for the data you use at a rate of $10 per 1GB. Once you've used 6GB of data in a month, your data charge is capped at $60 for the rest of the month, but you continue to get data service. You can use as much data as you want for the month without paying over $80 total ($20 base + $60 data). The only caveat here is that once you hit 15GB of total data usage, your speeds are slowed to 256kbps — alternatively, at the 15GB point you can choose to start paying $10 per GB again for full-speed data if needed.

If you know you are going to be using more than 15GB regularly, you can go with the unlimited plan starting at $70 per month with one line. You don't pay per gig on this plan but your speeds will be slowed at 22GB of usage. You get all of the benefits of the flexible plan plus free calls to more than 50 countries and 100GB of cloud storage with Google One.