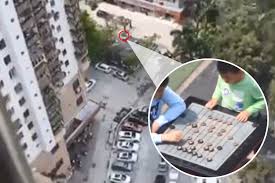 APPLE is planning to load future iPhone cameras with high-powered zoom capabilities, according to one insider.

The "periscope" telephoto cameras will allegedly feature in the 2022 iPhone lineup, and could raise serious security concerns.

Analyst Ming-chi Kuo, who has a strong track record in leaking secret Apple plans, predicted iPhone camera changes in a letter to investors this week.

He claimed Apple was in cahoots with two major camera-lens makers to bolster the snappers on iPhones starting this year.

One, South Korean firm Semco, is expected to produce "periscope" lenses for Apple's iPhone lineup in 2022.

Periscope lenses use mirrors stashed inside a phone to focus light onto the sensor, and have been loaded into mobiles such as the Xiaomi Mi 10 Pro.