> Us Federal Court Ruling -- Bitcoin Is a Form of Money - pirateswithoutborders.com 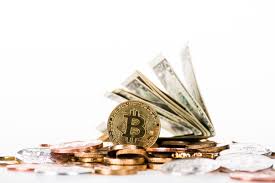 The court made this conclusion as it denied a motion to dismiss criminal charges against Larry Dean Harmon, the operator of an underground bitcoin trading platform.

In December 2019, a federal grand jury in the District of Columbia indicted Harmon for conspiracy to launder monetary instruments, in violation of state laws. However, Harmon moved to dismiss citing "failure to state an offence."

Harmon's move forced the court to determine if bitcoin met the definition of money for purposes of the District of Columbia's MTA.

In its conclusion, the court states:

"After examination of the relevant statutes, case law, and other sources, the Court concludes that bitcoin is money under the MTA and that Helix, as described in the indictment, was an `unlicensed money transmitting business´ under applicable federal law."