> Will A Viable Nuclear Plasma Energy Generation Technology Be Strangled In Its Crib? - pirateswithoutborders.com

Will A Viable Nuclear Plasma Energy Generation Technology Be Strangled In Its Crib? 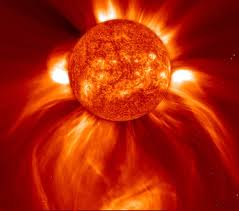 What if true science, using technology based on a paradigm shift in understanding the nature of stars proves it? What if this technology has the capabilities to actually implement viable plasma reactors and if funded and developed, can produce clean energy without radioactive waste, and to the contrary, actually dispose of radioactive waste? In fact, there is ample evidence that the answers to these questions is in the affirmative. What started as a project to verify an alternative theory of stars and our sun has developed into a technology that has the potential to better the quality of life for all the people of the world by providing clean, pollution free energy. But there is also the possibility that the powers, much discussed on this website, will never allow it to happen.

First, as to the theory. As discussed in this article posted on The Secular Heretic:

In 1972 an article in an obscure journal caught my eye. It was written by engineer Ralph Juergens from Flagstaff, Arizona. He wrote: