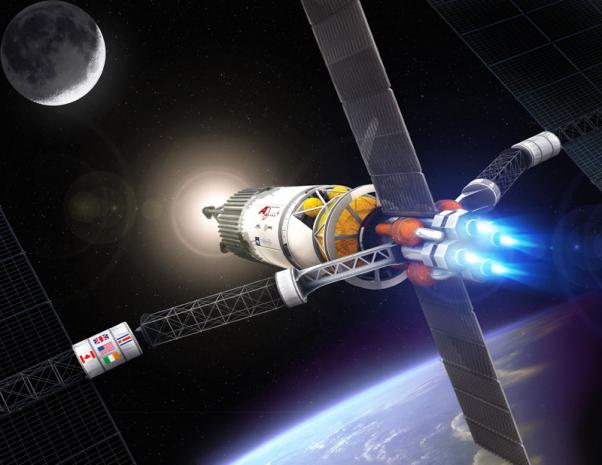 They fire a 2 kilogram bullet down a barrel where it gets converted into plasma and generates the thrust.

They think it could enable 2-3 month one-way trips to Mars.

The performance of a propulsion system with high Isp and high thrust allows missions throughout the solar system and beyond which are not possible with current technology. Human missions to Mars in two months are possible. Alternatively, heavier ships containing shielding against Galactic Cosmic Rays are enabled so that the dose to the crew is reduced to negligible levels. This may be preferable for Mars missions or may enable human missions to the Asteroid Belt in acceptable timeframes. A mission to the 550 AU location where the Sun's gravitational lens focuses can be considered. They are focusing on a large, heavily shielded ship to transport humans and cargo to Mars for the development of a Martian base.