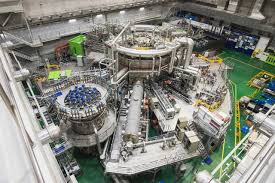 However, progress continues to be made on the various approaches to practical nuclear fusion being pursued, of which tokamak reactors remain a frontrunner. In another promising development for the technology, the Korea Superconducting Tokamak Advanced Research (KSTAR) fusion device has set a world record by maintaining plasma at over 100 million °C (180 million °F) for 20 seconds.

Completed in 2007 and achieving first plasma in 2008, in 2016 KSTAR set a world record for the longest operation in high-confinement mode by successfully maintaining a high-temperature hydrogen plasma at about 50 million °C (90 million °F) for 70 seconds. China subsequently claimed a new record in 2017 with its Experimental Advanced Superconducting Tokamak (EAST), managing to maintain plasma at a similar temperature for 102 seconds.