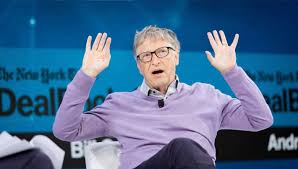 Reuters reports that the Harvard project "plans to test out a controversial theory that global warming can be stopped by spraying particles into the atmosphere that would reflect the sun's rays."

In Sweden, plans to fly a test balloon next year are already underway.

The test balloon will not release any particles into the atmosphere, but "could be a step towards an experiment, perhaps in the autumn of 2021 or spring of 2022."

Those experiments may see "up to 2 kg of non-toxic calcium carbonate dust" released into the atmosphere.

Bill Gates Plan to Dim the Sun is a Bad Idea

Bill Gates is living proof that just because you once did something very smart to make your mark on the world, it doesn't necessarily make you a smart person.