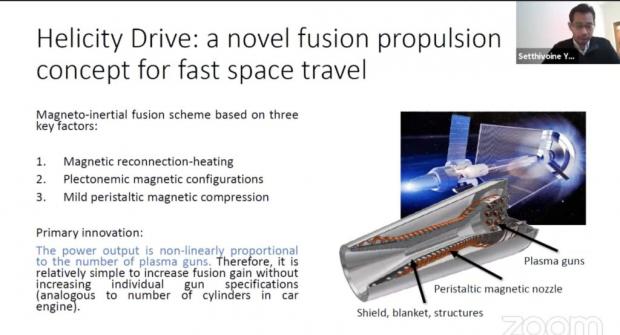 They have received funding from the Limitless Space Institute (part of the Breakthrough Initiative). The work is being done at Caltech with partnership with Lawrence Livermore and other institutions.

– they believe a near-term capability would be two month travel time to Mars.
– They modeled four classes of ships with travel in one year from 26 AU to 211 AU for a 5-ton ship
– A constant acceleration would enable a 117 year flyby of Proxima Centauri
– They would have ships that are far lighter than other fusion propulsion concepts.