Battery-powered trains are picking up speed 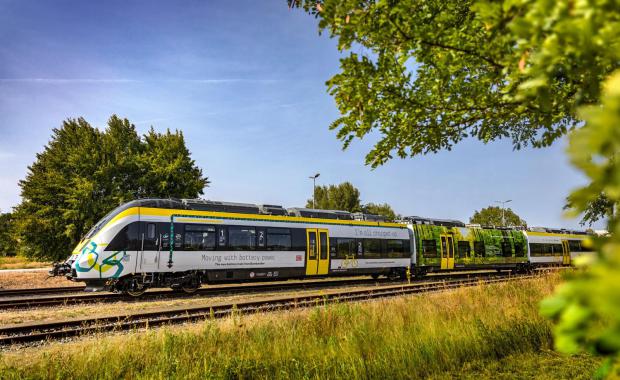 Battery-electric power is commonplace in cars and trucks and is being tested in planes, helicopters, and container ships. Now, battery power is coming to trains, in place of the diesel-fueled generators that have powered locomotives for more than a century.

Last week, Union Pacific Railroad agreed to buy 20 battery-electric freight locomotives from Wabtec and Progress Rail. The deal, which drew praise from President Biden, is worth more than $100 million. The battery-electric locomotives initially will be used to sort train cars in rail yards in California and Nebraska.

Also last year, Wabtec tested its FLXdrive locomotives on 18 trips between Barstow and Stockton, California, under a $22 million grant from the California Air Resources Board. The battery-electric locomotive sat between two traditional diesel locomotives, pulling as much as 430,000 pounds. Wabtec CTO Eric Gebhardt says the combination saved an average of 11 percent on fuel and emissions. Wabtec says its next-generation battery locomotive will nearly triple its energy storage capacity to 7 megawatt-hours, nearly 100 times the capacity of a Tesla Model 3. That could cut emissions by up to 30 percent, Gebhardt says.