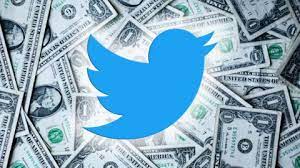 Elon Musk's deal to buy Twitter for $44 billion has 26 activist and progressive policy organizations urging the platform's advertisers to demand that Musk do as they say or face an advertising boycott.

But some of these groups have benefited from our tax dollars while critics say they try to limit free speech and control the flow of information on Twitter.

Those 26 organizations penned a letter at the beginning of May when they heard the Tesla Motors CEO was buying the social media company that banned then-President Donald Trump.

They urged Twitter's advertisers to push back against Musk's plans to reverse Trump's ban, among other things.

The news of Elon Musk buying Twitter set progressive groups, politicians and even journalists into a frenzy, fearful that his crusade to protect free speech would mean giving a platform to people they seek to silence.

The groups called Musk's takeover "a direct threat to public safety" in urging advertisers to uphold Twitter's current content policies. Critics say these policies ban or penalize mostly users with a center-right perspective or investigations of the left.

For example, Twitter suspended the New York Post's account when the newspaper reported on Hunter Biden's overseas business dealings ahead of the 2020 presidential election.