> Inside giant flying luxury hotel that can stay in the air for years - pirateswithoutborders.com 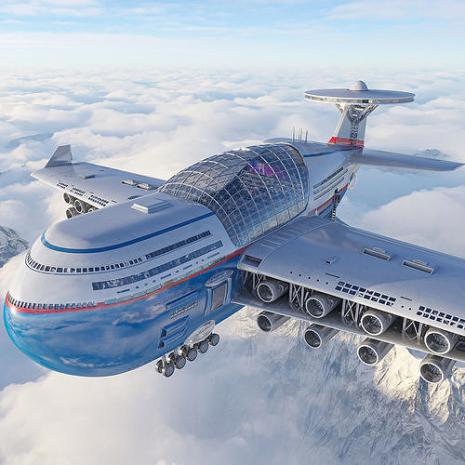 A new CGI video details how the AI-piloted Sky Cruise plans to remain airborne for months at a time, while also docking to take on new passengers, or to drop off anyone board.

The futuristic hybrid between a plane and hotel – which has 20 engines powered by nuclear fusion – is designed never to land.

Hashem Alghaili, who created the incredibly detailed mockup of the monster aircraft, says the nuclear-powered sky cruise "could be the future of transport".

Designed to run 24/7, Alghaili even adds that running repairs would be carried out in-flight – a first in aviation.