> First public flight for largest hybrid-electric plane to ever take to the skies - pirateswithoutborders.com 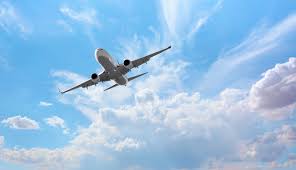 LA's Ampaire has now put into the air what it says is the largest hybrid-propulsion plane to ever take flight, with plans to kick off commercial operations in the next couple of years.

We've seen quite a few hybrid electric aircraft concepts and prototypes over the years, including the futuristic Volta Volaré, the Terrafugia Transition flying car and a test plane from the University of Cambridge and Boeing.

But never before has a hybrid-electric aircraft of this size flown before, at least according to Ampaire. Its Ampaire 337 plane is based on the six-seat Cessna 337 Skymaster, which it retrofitted with its own electric propulsion system. That means yanking out one of the two combustion engines and putting a battery-powered electric motor in its place, with the two now working together for optimal efficiency through the air.