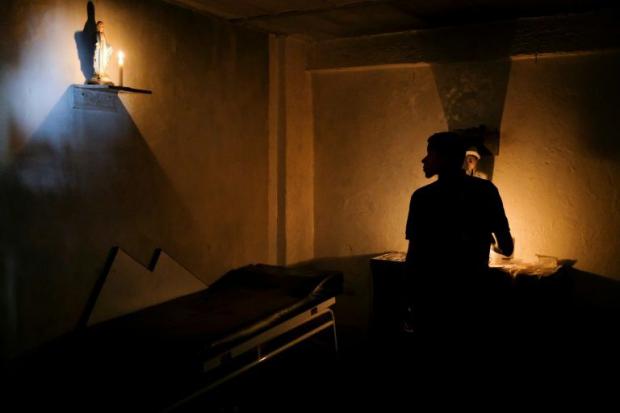 With Venezuela's chronic medicine shortages and hyperinflation, more and more people are turning to alternative medicine to treat common ailments in the crisis-wracked South American country.

"We go to the hospital and there's nothing there. They don't have medicines, or they're too expensive, what are we to do?" said Rosa Saez, 77, who has come to get treatment for a painful arm.

Carlos Rosales -- he uses the more ceremonious "Brother Guayanes" for his business -- is finishing up a "spiritual intervention" on a patient in what passes for his surgery.

The patient lies, eyes closed, on a cot as, in a series of swishes and clicks, the healer waves five pairs of scissors one after another over his prone body.

The healer says he performs 200 such interventions a week in a dim, candle-lit room that features two camp beds and an array of plaster statues that Rosales says represent "spiritual entities".