Ben Carson condemns riots: The American people are not each other's enemies

What Pisses Me Off The Most About The Protesters TAY3 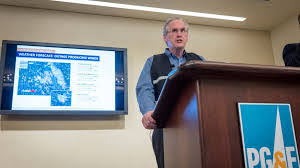 There is 'out of touch' and there is outright tone-deafness, and the head of a large California power company just set the new standard for the latter.

You may have heard that California energy company PG&E has been engaging in rolling blackouts for several weeks after the producer was blamed for several large, deadly wildfires over the past few years.

The blackouts, which can last several hours a day and affect hundreds of thousands of Californians (though none in the far-Left-leaning cities where Democrats are trying to protect their voting supermajorities), have left residents impacted by them with a quandry: How to not only get by in a modern era without electricity, but how to preserve food perishables.