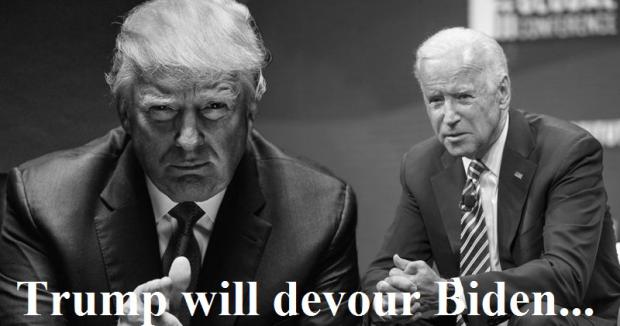 Tulsi and Bernie dropped out.

On March 19, she made it official, shaming herself and disappointing supporters by endorsing Biden. See below.

So will Sanders officially in the coming days (dropping out and endorsing Biden).

He likely privately informed his family and key campaign staff of his decision to end his race for the White House.

Like virtually always before, the choice for US voters this November is between death by hanging or firing squad — in other words, no choice at all.

America's one-party system with two right wing shuts out independents and others not representing continuity.

Voters have little reliable information to guide them from establishment sources, just independent ones largely online if make the effort to follow them.

Voter disenfranchisement is rife — millions of Americans left out because of past criminal records, including innocent people wrongfully imprisoned, others for political reasons or offenses too minor to matter.

Half or more of eligible voters opt out because their needs and welfare aren't addressed.

Monied interests running things manipulate the process with electronic ease to assure things always turn out the same way — while presenting the illusion of a free and open system.

The US process is what Adam Smith called "the defense of the rich against the poor."

Democracy is pure fantasy. None whatever exists. Monied interests alone are served, the vast majority of Americans and others abroad exploited to benefit the nation's ruling class.

In dropping out of the race on Thursday, Gabbard tried having things both ways, saying:

"(T)he best way (she) can be of service at this time is to continue to work for the health and wellbeing of the people of Hawaii and our country in Congress, and to stand ready to serve in uniform should the Hawaii National Guard be activated," adding:

Biden is Dem party choice to face Trump in November. "Although (she doesn't) agree with (him) on every issue," her further remarks left supporters hugely disappointed, saying:

"I know that he has a good heart and is motivated by his love for our country and the American people (sic)."

"I'm confident that he will lead our country guided by the spirit of aloha — respect and compassion — and thus help heal the divisiveness that has been tearing our country apart (sic)."

"…I'm suspending my presidential campaign, and offering my full support to…Biden in his quest to bring our country together (sic)."

Gabbard added that she'll continue pursuing policies for peace, "mutual respect and cooperation…combatting terrorism, and removing the existential threat of nuclear war which hangs over the heads of all of us."

She'll support policies aiming "bring an end to the new Cold War and nuclear arms race, and end regime change wars, which are costing us trillions of dollars, so we can invest these precious resources in the needs of the American people — health care, rebuilding our infrastructure, education, and so much more."

Why then is she supporting Biden whose agenda is polar opposite what the above remarks say she stands for?

For nearly half a century as US senator, vice president, and presidential aspirant, he supported and still supports US wars of aggression against nonthreatening states.

He's militantly hostile to people of color, opposes human and civil rights for everyone, backs the worst of Israeli high crimes, champions the humanly destructive war on drugs, is anti-social justice, and has been hostile to the rule of law and other democratic values throughout his years in Washington.

Her Thursday remarks left open what avenues she'll pursue after the 117th Congress is sworn into office without her in January 2021.

My newest book as editor and contributor is titled "Flashpoint in Ukraine: How the US Drive for Hegemony Risks WW III."