Social Mediacracks down this week and it may backfire

Ramjet Artillery and Missiles Will Have Five Times the Range 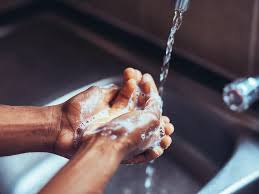 Handwashing is still the best

According to Newman, not all hand sanitizers are effective at killing certain pathogens, such as the norovirus. The norovirus is a highly infectious virus that causes vomiting and diarrhea. Studies also show that hand sanitizers are not as good as handwashing at getting rid of the parasite Cryptosporidium and the bacterium Clostridium difficile, both of which can cause diarrhea.

Other studies have found that hand sanitizers with less than 60 percent alcohol are less effective at killing bacteria and fungi. In addition, they could only reduce the spread of germs, not eliminate them outright.

Handwashing is still the way to go, especially when the hands are visibly soiled. However, Newman pointed out that there are still handwashing protocols that need to be followed. He also said that you need to rub your hands vigorously with soap for at least 20 seconds, or about as long it takes to sing "Happy Birthday" or finish the alphabet, to clean your hands thoroughly.