> The Attacks Continue With PRESS FOR TRUTH NOW SUSPENDED ON TWITTER - pirateswithoutborders.com 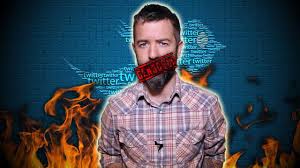 Press For Truth has been under a relentless attack from the Silicon Valley major tech conglomerates and a group of social justice warriors who claim to be "anti hate" are the minions who are making cancel culture a reality. The latest attack against PFT came from Twitter as they have just suspended the PFT Twitter account that had well over 20k followers just days before an election here in BC and just less than two weeks away from the US (s)election! In this video Dan Dicks of Press For Truth dives deep into how PFT is being censored, who is involved and most importantly what you can do about it to help!