> Peter Thiel bought an $18 million island estate in Miami that was once featured on MTV's... - pirateswithoutborders.com 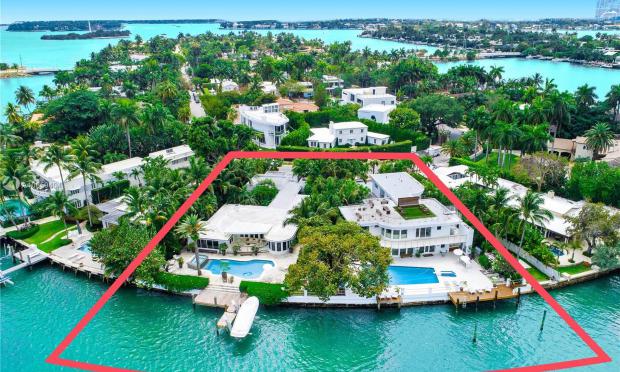 Tech billionaire Peter Thiel bought an $18 million house in Miami which was once featured as the main set in MTV's "The Real World," Business Insider has learned.

Thiel purchased the Real World house, and a similar house on the lot next door, in September through an anonymized LLC called Atlantic View Holdings, property records show. The property was previously owned by Jacques Nasser, the former president and CEO of Ford.

Thiel isn't listed on the deed, but his new address was revealed in an email exchange with Miami Mayor Francis Suarez, which Business Insider obtained through a public records request.

Suarez and Thiel ate lunch together at the Real World house on January 13.

Though it was Thiel who reached out first, their lunch had to be rescheduled from January 6 after Thiel "had an important obligation arise," his executive assistant said in an email to Suarez's office, which Business Insider obtained through a public records request.

That was the day that the US Presidential election results were certified in Congress. The day ended in infamy as supporters of outgoing President Donald Trump, who had held a rally in the morning, stormed the US Capitol in a riot that left five people dead. Facebook, on which Thiel is a board member, put a 24-hour freeze on Trump's account on January 6, and extended the ban indefinitely the next day.

"Peter sends his sincerest apologies!" the EA wrote a few days ahead of the January 6 meeting. The EA also sent over detailed instructions on how to get to his home—a white, palm-tree lined mansion, which happened to be featured in the 1996 season of MTV's "The Real World: Miami."