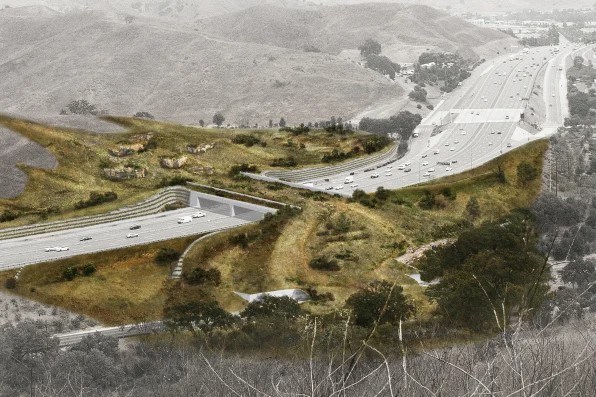 Beth Pratt of the National Wildlife Federation, one of several partner organizations working on the LA project, said this is not the only problem, "it's a little deeper than just that the animals are getting hit by cars, they are becoming genetically isolated because animals cannot move into the small islands of habitat that are created by our freeways." The crossing project is funded by 2700 private donors, including the National Wildlife Federation and Save LA Cougars, a non-profit set up to support the project. Together, they have raised $15 million for the construction of a 165-foot crossing that will pass over the 101 in Liberty Canyon. Designs are set to be released shortly, and all indications suggest construction will begin later this year.